The Iron will be travelling to the Banks's Stadium to face Walsall on Saturday 12th January (3.00pm) where they will be hoping to extend their good run of form in Sky Bet League One.

Stuart McCall’s side have won their last three games, which included victories against Wycombe, Peterborough and a 2-1 success over Coventry City last weekend.

James Perch opened the scoring for the Iron in the second-half against the Sky Blues before Levi Sutton hit home his first goal for the club. Coventry grabbed a goal back with 12 minutes remaining, but United held on to the three points to move them up to 17th in the table.

Meanwhile, Walsall were in Emirates FA Cup action last weekend, losing 5-2 away at Bolton. In the league, the Saddlers have gone five games without a win, with their last outing ending in defeat at Charlton on New Year’s Day.

United boss Stuart McCall reported no fresh injury worries ahead of the game, though he provided an update on Matthew Lund. Lund has trained three times so far this week but the game will probably come too soon, as he looks to return from a knee problem.

Josh Morris faces a few weeks out with a fractured fibula and strained ankle ligaments. Elsewhere, Matt Gilks (knee) and Rory Watson (arm) continue to miss out but are edging closer to a return. Jordan Clarke is out for four months (knee), while Ryan Colclough (knee) is out for the remainder of the season.

Meanwhile, Lewis Butroid and George Hornshaw are back in training after their respective injuries.

This season at Glanford Park, they played out a 1-1 draw in August. Striker Lee Novak hit first, but a Zeli Ismail penalty gave Walsall a equalising goal.

At the Bescot Stadium last season, the Saddlers won 1-0. Although it ended in defeat for the Iron, goalkeeper Matt Gilks made a fine penalty save in the match.

Striker Andy Cook is Walsall’s top scorer this season with 12 goals in all competitions and has found the back of the net in each of his last three games.

The 28-year-old joined Walsall in the summer of 2018 from Tranmere Rovers where he was extremely prolific in his two seasons there, scoring 51 goals in 89 appearances.

Cook has always been a keen scorer, having scored 135 goals in 324 games throughout his career.

Before playing for Walsall and Tranmere, the frontman had spells with Barrow, Grimsby and Carlisle.

The Iron made it four consecutive wins in Sky Bet League One, as they beat Walsall 2-1 at the Bank’s Stadium on Saturday afternoon.

Funso Ojo opened his scoring tally for the season, as he netted early in the first half to give the Iron the lead going into half-time. However, the Saddlers hit back in the second period to level the score, before Lee Novak produced the winner in the 67th minute.

Manager Stuart McCall named an unchanged starting eleven for the second game in a row, as he stuck with the same team that beat Coventry City 2-1 at Glanford Park last time out.

The hosts got the game underway at the Banks’s Stadium, but a quiet opening five minutes followed, as the only action in the early stages saw Jak Alnwick come out to confidently gather a right-winged cross sent in by Zeli Ismail.

After a cagey beginning, the first real chance of the match fell to the Iron and Ojo after 12 minutes following a corner. Tony McMahon swung the ball in, and the Belgian made no mistake, rocketing his right-footed volley into the back of the net, to score his first league goal of the season.

Then, with the Saddlers a goal behind, they came forward through Ismail, who delivered a deep cross for Andy Cook. The striker took the ball in his stride, before setting himself to shoot on the edge of the area. However, Alnwick was equal to the effort, making a fantastic save down low to his bottom right corner to keep the Iron ahead.

On the half hour mark, Walsall attacked again, this time with Joe Edwards down the left. He cut the ball back onto his right-foot on the corner of the penalty area, before looking to curl his shot into the far corner, but his effort dropped wide of the target.

With the game ticking towards half-time, the fourth official signalled for three minutes added time at the end of the first half. That allowed the Iron for one last attack before the break.

Cameron Borthwick-Jackson found space down the left flank, before he whipped in a cross towards the back post. Kyle Wootton then did well to latch onto it and hooked the ball back, however nobody could get on the end of it and the Saddlers were able to clear, leaving the scoreline at one nil heading into the interval.

The Iron kicked off for the second half and almost thought they had an early opportunity to double their lead when Novak was played through down the middle. However, just as he bared down on the goalkeeper one-on-one and looked to shoot, the linesman lifted his flag for offside.

Shortly after, Scunthorpe were awarded a free-kick on the edge of the box when Ojo was hacked down. McMahon stood over the set-piece and tried to power it underneath the wall, but the Walsall defence did their job and stood firm to clear.

However, just as the Iron looked to be in control of the second half, the Saddlers were back on level terms. Nicky Devlin fired his shot into the top left of the goal after he powered his way into the area, before unleashing a strike, which left Alnwick with no chance on 54 minutes.

Walsall’s stint with the scoreline at 1-1 lasted just 13 minutes, when Scunthorpe were back in front courtesy of Novak. The striker was the man to provide the superb finish, after he was fed through on the run by George Thomas. He then delightfully lifted the ball over Liam Roberts to make it 2-1 to the Iron.

Not long after, Scunthorpe made their first substitution of the match, as Byron Webster came on to make his Iron debut, replacing Wootton for the remaining 15 minutes. Thomas then came off, as Clayton Lewis came on.

The Iron’s third and final change saw Matthew Lund return from injury in the final five minutes, to replace Perch – who had been cautioned by the referee earlier on.

As the game clocked ticked down, Walsall tried to find a way back into the match, but resolute defending from Scunthorpe saw them through to earn all three points at the Banks’s Stadium.

The Iron are back in action next Saturday, as they host Sunderland at Glanford Park.

Sunderland tickets on sale now! Save money and time by buying in advance

Indeed, it is one of the reasons why the club has won the EFL Family Excellence Award for 2018. Details can be seen here.

For all home league matches during the 2018-19 campaign, supporters under the age of 12 will be printed a match ticket for free admission*. 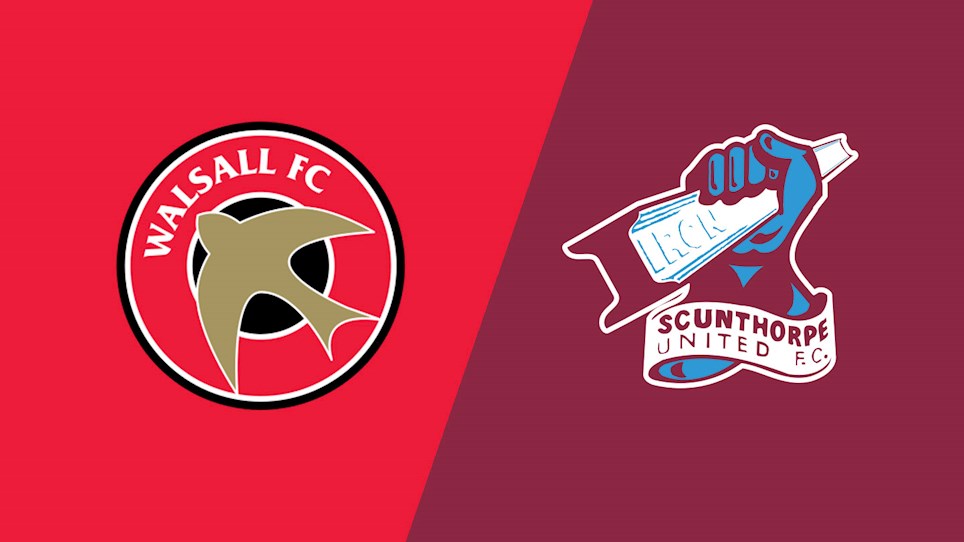 
Fans can pay on the turnstile for the Iron’s away trip to Walsall on Saturday, January 12th (3.00pm kick-off). 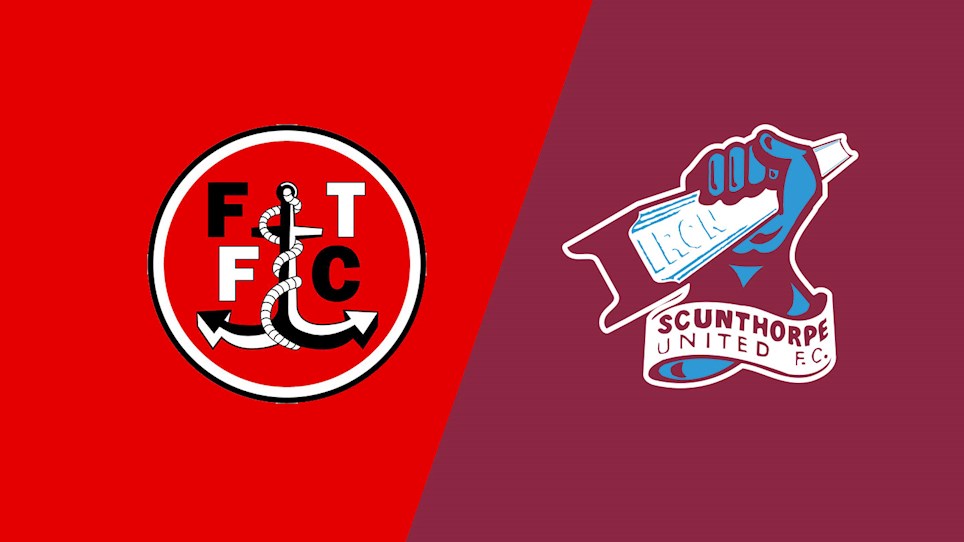 
Tickets have gone on sale for the Iron’s away trip to Fleetwood Town on Saturday, January 26th (3pm kick-off).


Tickets have gone on sale for the Iron’s away trip to Walsall on Saturday, January 12th (3.00pm kick-off).