The Iron fell to a 3-0 defeat against Sunderland at the Stadium of Light on Sunday.

United made three changes to the side that started in the Carabao Cup against Doncaster in midweek. Lewis Butroid came in for his first start of the season as he replaced Cameron Borthwick-Jackson, who came off with a dead leg in the last game, whilst Cameron Burgess and Andy Dales were also recalled to the starting eleven.

The hosts got the game underway and soon had the first effort on target inside five minutes when Chris Maguire forced Rory Watson into action.

A free-kick on the right was initially well defended by Lee Novak, but the ball dropped kindly to Maguire on the edge of the area. He struck it well. However, Watson was equal to it and dived to his right to save.

United then looked to assert an attack and had a penalty appeal rejected in the 10th minute. Novak did brilliantly to control a ball that was played over the top of the Sunderland defence, before he fed George Thomas who appeared to have been wiped out in the area, but the referee waved play away.

Shortly after, Scunthorpe had their first shot of the game when Jordan Clarke took a smart throw-in that found the run of Andy Dales on the outside of the box. The midfielder fired the ball towards goal, but the deflection fell straight into the hands of the goalkeeper Jon McLaughlin.

Then, just as the Iron started to get a foot-hold in the game, Sunderland took the lead. A floated ball from the left flank found the head of Max Power in the box, who made no mistake and placed it into the corner of the net to put the hosts ahead in the 22nd minute.

Only a matter of minutes later, and the home side doubled their advantage. Josh Mala picked up the ball in the centre of the pitch before unleashing a low drive that found its way into the bottom corner from 20 yards out to make it two for the Black Cats.

The Iron looked to hit back when Josh Morris was brought down midway into the attacking half after 27 minutes. He took the resulting set-piece and launched the ball into the box that was aimed for the head of Burgess. The defender rose the highest but couldn’t direct his header past McLaughlin in the Sunderland goal.

As Scunthorpe searched for a way back into the game, Sunderland attacked again and were rewarded with their third goal of the match in the 41st minute.  Lynden Gooch cut into the box from the right-hand side, before his pass found Maguire who neatly flicked the ball beyond Watson, to put the home side well in control going into the half-time break.

Following the restart, the Black Cats continued to press forward. Power hit a ferocious strike that went just over the bar just before he then tried his luck again but missed the target.

In the 55th minute, James Perch robbed Sunderland of possession in the middle of the park, he drove forward and unleashed a shot that stung the palms of the goalkeeper, but he did well and managed to grasp the ball on the second attempt.

Substitute Stephen Humphrys was brought on to spark life into the Iron attack but his thumping effort on goal couldn’t challenge McLaughlin.

78 minutes in, and United nearly had a lifeline when Morris sent an in-swinging free-kick into the box that Novak met with his head, but the striker’s looping header went narrowly over the bar.

As the clock ticked into the last ten minutes of the game, Sunderland had a further chance. Maja squandered an opportunity only a few yards out after the ball was cut back to him in space. However, he couldn’t add to his tally and dragged the ball wide of the goal.

In the dying stages, there was brilliant defending from Loovens as Humphrys brought the ball forward before releasing Thomas into the area. His cross beat the ‘keeper, with Loovens having to clear for a corner.

The Iron tried to find a way back but couldn’t muster any further chances and Sunderland held on for all three points at the Stadium of Light. Scunthorpe’s are back in action at Glanford Park against Fleetwood Town on Wednesday.

Iron fans are able to pay on the turnstile at Sunderland on Sunday, August 19th. 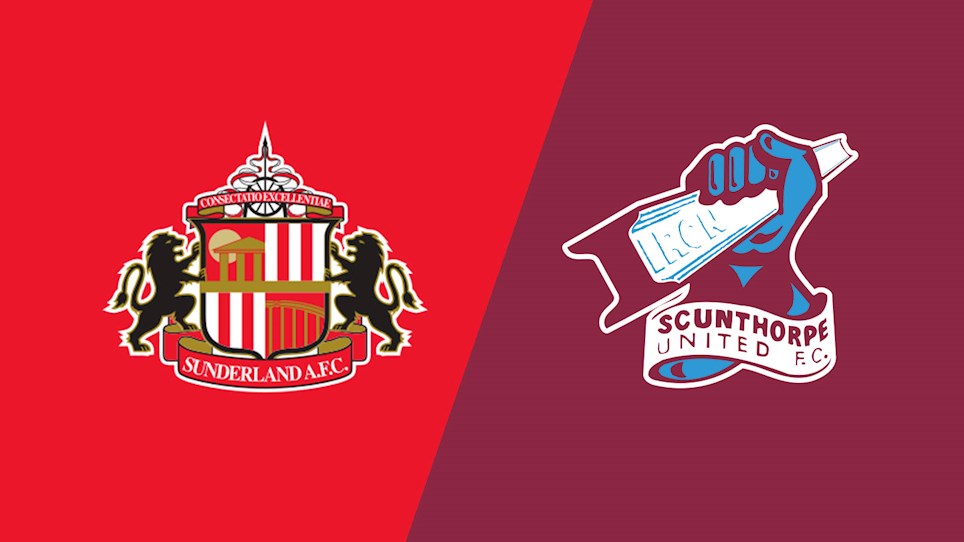 
Tickets have gone on sale for the Iron’s League One encounter away at Sunderland on Sunday, August 19th (3pm kick-off).