The Iron will be looking to bounce back with a win on Saturday against Bradford City in the last home game of the season at Glanford Park (3pm kick-off).

Bradford City tickets on sale now! Save in advance + pay on the gate info

Caretaker manager Andy Dawson's side drew 0-0 with Blackpool at Glanford Park on Good Friday, but a 4-0 defeat to Charlton Athletic at the Valley on Easter Monday means we're now 22nd in the League One table and need points to climb out of the relegation zone with two games remaining.

Meanwhile, Bradford's fate in the division has already been confirmed, as they were relegated following a 2-0 defeat to Coventry City on Friday, meaning they will be playing in League Two next season.

However, they will be hoping to end this campaign on a high, as they look to build momentum going into the 2019-20 season. They drew 1-1 with Gillingham at Valley Parade on Monday.

Left-back Tom Pearce has recovered from the hip flexor injury picked up against Blackpool last week.

Right-back Tony McMahon will continue to miss out with a hamstring injury picked up at Shrewsbury three weeks ago.

Jordan Clarke (knee) is back on the training pitch but won't return to action until pre-season.

The Iron have a relatively good record against the Bantams of late, and have only lost once in the last five matches against them.

That only defeat came in the reverse fixture at Valley Parade back in December, as Bradford won 2-0. Jack Payne and Eoin Doyle were the scorers for the Bantams that day, but the Iron will be hoping they can stop them from doing the league double on Saturday.

The last match at Glanford Park ended all square, in a 1-1 draw in May 2018. The Iron came back from a goal behind to snatch a point, as Matt Kilgallon briefly put Bradford ahead in 56th minute, before Conor Townsend leveled the scoreline just three minutes later.

Despite it being a tough campaign for the Bantams, on-loan attacking midfielder Jack Payne has been in good form throughout the season and has definitely been a bright spark in Gary Bowyer's side.

The Huddersfield loanee has scored nine goals and assisted a further five in all competitions, and he will be looking to end the campaign strongly before heading back to the Terriers.

Payne started his career with fellow League One side Southend United in 2013, after rising through the ranks in the academy at Roots Hall.

He made his professional debut for the Shrimpers in a 1-0 defeat against Yeovil that year and after an impresssive debut season, he was later voted Southend's player of the season in 2015/16.

His performances here then caught the attention of Huddersfield, who signed the midfielder on a three-year deal in the summer of 2016. He has played 23 times for the Terriers so far, but has been loaned out on three separate spells, including one this season at West Yorkshire rivals Bradford.

The Iron have lost 3-2 to Bradford City this afternoon at Glanford Park.

Three early goals from Billy Clarke, Jermaine Anderson and Eoin Doyle were scored by the visitors, before Kyle Wootton and Lee Novak got a couple back for Scunthorpe in the second-half.

The Iron made one change going into the match against Bradford, with Kevin van Veen replacing George Thomas.

It was a bright start for the Iron, who tested Braford goalkeeper Ben Wilson within the first minute. Josh Morris aimed for the bottom right corner from 25-yards, but Wilson dived to push the ball behind for a corner-kick.

However just one minute later, Bradford took a 1-0 lead. The away side hit the Iron on the break from the corner and Clarke’s strike from the edge of the area deflected into the bottom corner.

The Bantams then doubled their lead 12 minutes into the match when Anderson came inside from the left-wing and scored. The midfielder hit a driven shot from 20-yards out which went into the back of the net.

Three minutes later, Bradford went 3-0 up. Sean Scannell delivered a cross from the left side and Doyle’s glancing header nestled into the bottom right corner.

Anderson looked to increase Bradford’s advantage again, but Alnwick made a smart stop to hold the ball.

Just before half-time Scannell entered the Iron’s box and tried to curl the ball into the bottom right corner, but his effort just bounced wide.

In stoppage time, Morris lined up a free-kick, which he managed to curl around the wall, but Wilson was well positioned to gather the ball into his chest.

Wootton replaced van Veen at half-time and was involved shortly after the game restarting. The striker laid the ball back to Clayton Lewis, who drilled a shot wide of the target.

In the 62nd minute, Morris charged forward with the ball and played Wootton through, who beat the offside trap and saw his effort deflect behind for a corner.

From the following corner, Adam Hammill’s delivery was met by captain Rory McArdle and his header was saved by Wilson, tipping the ball over the bar.

The Iron continued their pressure and got themselves a goal back in the 64th minute. Morris took a corner from the left-side and Wootton got his head on the ball to score from close-range.

Looking for another goal, a deep free-kick was put into Bradford’s box and it fell to Matthew Lund, but his effort was charged down and diverted over the bar for a corner.

Morris then had a chance from the corner. The ball dropped to the winger 12-yards out, but he lifted his shot over the crossbar.

The attacker then tried an effort from a free-kick, which required Wilson to make a good save.

The Iron then got another goal back to make it 3-2 with ten minutes remaining. Excellent play for the Iron saw Morris play a good pass into Novak, who lifted his shot over Wilson from close range before it dropped into the goal.

Hammill had a late free-kick deflected out for a corner and from the resulting set-piece, Wotton had an effort cleared off the line.

The Iron will travel to Plymouth Argyle for the last match of the season.

Save money by purchasing your Iron v Bradford City tickets in advance! Tickets are on sale now! 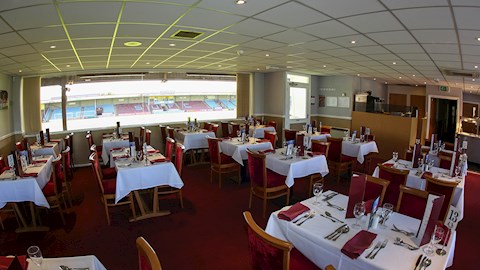 Our Early Bird Price Rates have been frozen for the fifth season in succession, and supporters can buy at these prices until the ticket office closes at 5pm on Friday, April 26th, and also until three hours before kick-off online via our ticketing website (www.sufctickets.com). Matchday prices then apply.

PAY ON THE GATE: Supporters using Turnstiles 2A and 2B of the Britcon Stand and Turnstile 4A of the Clugston Stand are able to pay on the turnstile this Saturday. The turnstiles open from 1.30pm but full matchday prices will apply.

Saturday, April 27th - 9am until 3pm (also open for a short period of time after the Bradford City game) 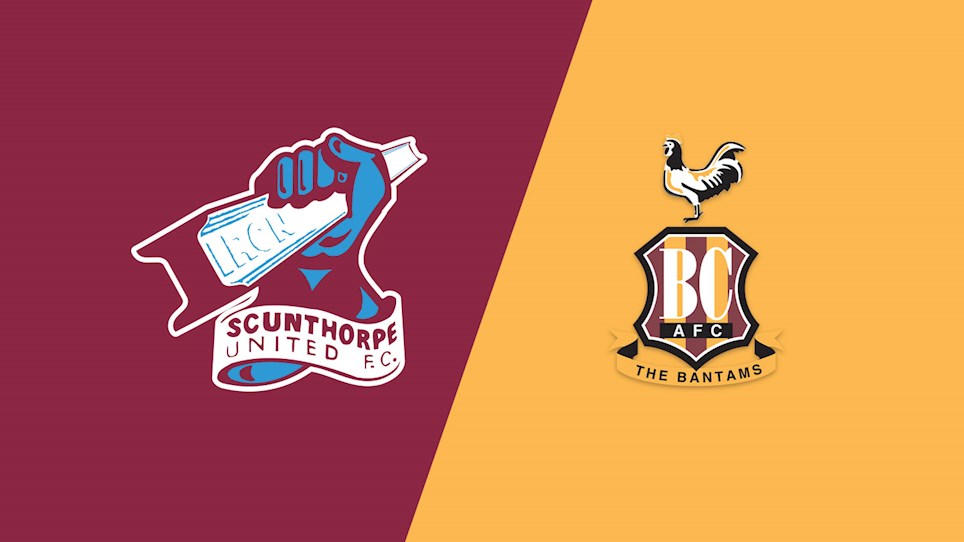 Bradford City tickets on sale now! Save in advance + pay on the gate info 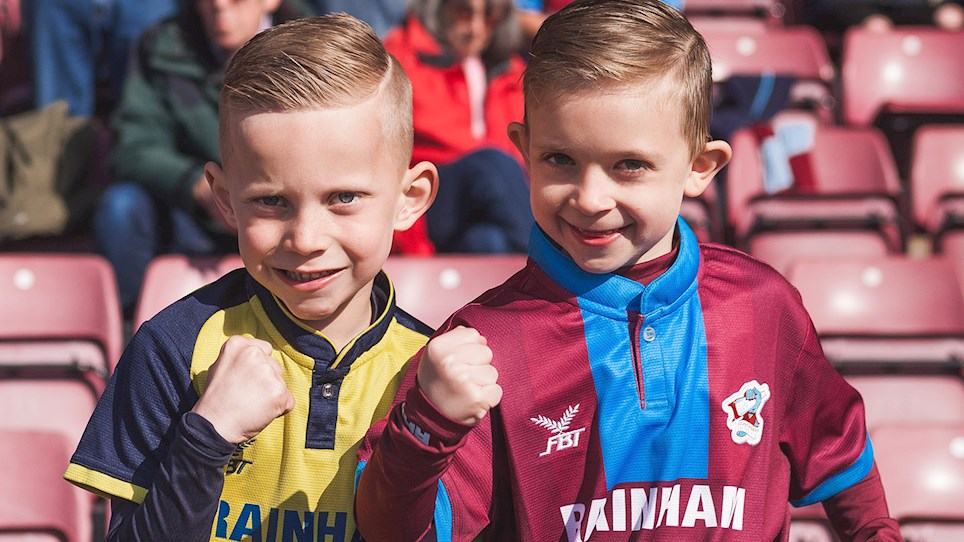 Bradford City tickets on sale now! Save money and time by buying in advance