United return to action with a home clash against play-off rivals at Glanford Park on Tuesday night (7.45pm kick-off).

STATE OF PLAY...
The Iron enter the match buoyed by a third win and clean sheet in a row during the 2-0 away win at MK Dons on Saturday. They are now six matches unbeaten.

With two games of the season remaining, victory over Argyle would seal a place in the play-offs for interim manager Nick Daws’ side.

Derek Adams’ team come into the game full of confidence themselves though after coming from behind to beat fellow promotion candidates Rotherham United 2-1 with a last gasp goal at the weekend.

TEAM NEWS…
Cameron McGeehan (knee) returns from injury to be in contention after sitting out at the weekend.

Ivan Toney limped off at the weekend but has made a full recovery and will be seeking to add to his tally of seven goals since returning to the club.

PAST MEETINGS...
United were 4-0 winners at Plymouth Argyle in August 2017.

Paddy Madden followed in his own shot, which had come back off the crossbar, to make it 1-0 in the 27th minute following Josh Morris' pinpoint cross from the left.

He doubled his tally in the 68th minute, diving to head home Duane Holmes' near-post cross, after the substitute made room for himself with a dazzling run down the right.

Tom Hopper made it 3-0 in the 76th minute, diverting Morris' incisive ball down the left with the deftest of touches to convert off the inside of a post from just inside the area.

Morris was rewarded for his part in two of the goals, sweeping home United's fourth goal in the fourth and final minute of stoppage time.

He has scored 15 times in 46 league appearances so far this season, including a winner from the penalty spot against Rotherham at the weekend.

United clinched a place in the League One play-offs following a 2-0 win over fellow contenders Plymouth Argyle.

Hakeeb Adelakun and Ivan Toney scored in either half during the victory in front of the Sky cameras.

The Iron made no changes to the team heading into the clash. They pressed early on, with Toney falling in the area under pressure from Sonny Bradley but nothing was given.

Jordan Clarke then played Adelakun in down the right and the ball finally reached Funso Ojo on the edge of the area but his shot was blocked away and cleared.

With nine minutes on the clock, theball came over the top of the defence after a back header, which Toney pounced on and cut back for Duane Holmes, who slipped, and then Hakeeb Adelakun fired wide after the ball came into his path.

On 15 minutes, a great throughball from Conor Townsend reached Holmes down the left side of the penalty area and his angled drive forced a decent parried save from Remi Matthews. Soon after, a right-wing cross from Clarke searched for Toney but went through to the goalkeeper.

The Pilgrims got the ball into the area through Carey’s free-kick two minutes later, but Ojo headed clear. Soon after, the Iron broke and Townsend played in Morris but his low cross was cleared for a corner, but nothing came from it.

With 22 minutes gone, Toney latched onto a throughball from Rory McArdle and tried to spin his defender but the Plymouth centre-back held strong and goalkeeper Matthews received the ball.

United took the lead on 31 minutes as Adelakun picked up the ball on halfway after a great first touch, knocked it past the first player, drove past two more and then opened up on his right foot and drilled into the bottom left hand corner from the edge of the area.

Moments after the goal, Carey unleashed a powerful strike from the left side of the area, which Gilks palmed away for a corner at his near post. The corner was cleared, the Iron broke and Holmes played across to Morris who drew a good save from Matthews.

The game continued to be a closely-fought affair after that short burst of action, although Adelakun and Townsend both sent dangerous crosses into the box which Plymouth cleared well.

Joel Grant burst into the area for Plymouth and cut inside before firing an effort goalwards, which McArdle blocked away well. It was the final chance of note in the opening period.

In the second-half, there waspressure from the away side but United cleared fast, and Morris played in Adelakun but he was ruled offside.

Scunthorpe doubled their lead on 60 minutes. The ball was whipped into the box by Townsend and Toney connected with a back-heel to strike home his eighth goal since returning to the club in January from close range.

Two minutes later,the visitors looked for a way back into the game and Carey drove forward before smashing an effort over the crossbar from 25 yards.

The Iron came ever so close to making it three on 72 minutes as Adelakun’s corner from the left went through a number of bodies in the box to reach Clarke, who fired over from close range.

Two minutes later, United forceda brilliant save from Matthews, as McArdle climbed above the Argyle defence to power a header goalwards. It was cleared for a corner. Yates then connected with the following Morris corner, but his header across goal was cleared off the line.

On 75 minutes, the ball dropped to Songo’o on the edge of the Iron area and he dragged an effort well wide of the target from 25 yards.

In the 80th minute, United thought they had a third. Adelakun whipped it into the box and it was headed into the back of the net by McArdle but the goal was ruled out for offside.

A minute later, Carey took a pop from distance for the away side but the ball went over the crossbar.

The away team had a free-kick in the final minute of stoppage time, which David Fox took but his effort went wide of the goal.

Scunthorpe held on for an important win and return to action on Saturday when they host Bradford City. 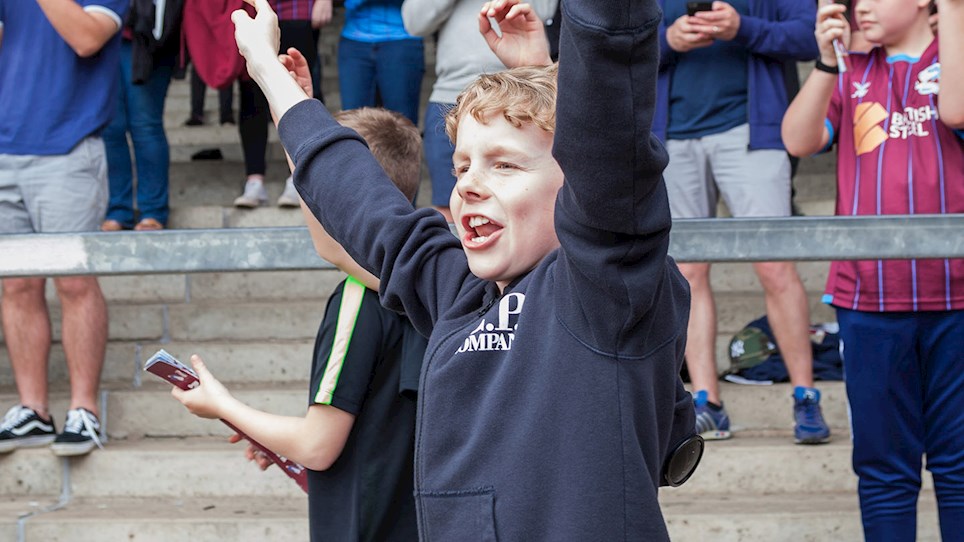 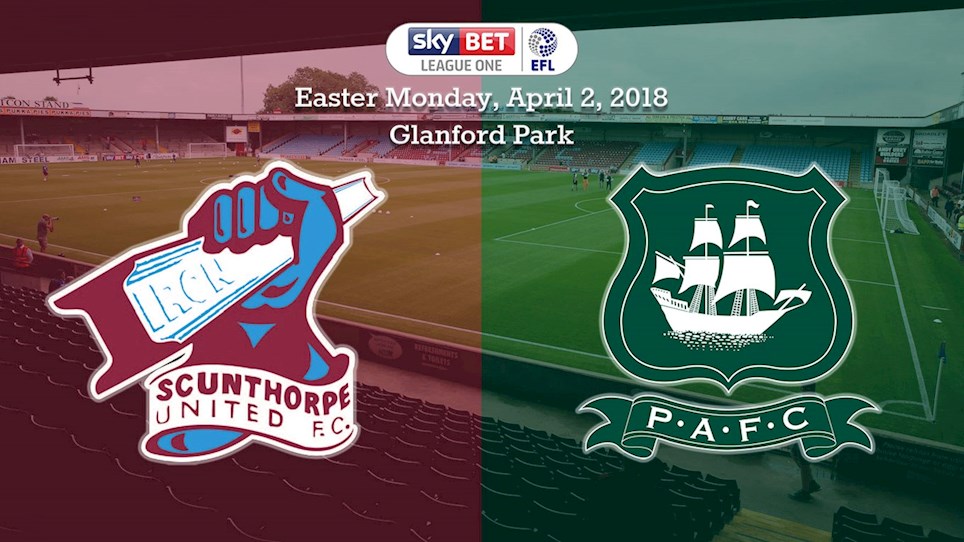