United kick-off their pre-season run of friendly matches with an away clash at North Ferriby United on Saturday, 8th July (3pm kick-off).

It is the first of six warm-up games for Graham Alexander's side, with the trip to face the Villagers providing Iron fans with a first chance to see newcomers Cameron Burgess, Matt Gilks and Rory McArdle in action.

Luke Williams is set to miss the game, who is now back running as he continues to step up his recovery from a hamstring injury picked up while on loan at Northampton Town towards the end of last season.

Elsewhere, Duane Holmes is a doubt with a twinge in his thigh. Alexander says it's not a serious injury though, and the winger will only miss out as a precaution if he does.

The Iron boss is waiting on 'two or three' others, who will be assessed in training on Saturday morning before he decides whether to involve them in the friendly.

He is planning to play two different sides in each half of the match.

It's pay on the gate only for Iron fans, with ticket details available to read here.

The Iron were 6-0 winners at North Ferriby United in their first friendly of the 2017-18 pre-season.

First half goals from Conor Townsend and Jonathon Margetts, followed by four second half strikes (two from Kyle Wootton, and a goal each for Noel Burdett and Cameron Burgess) meant United romped to a comfortable victory.

Manager Graham Alexander played a different side in each half, to ensure each available player had a chance to get a good workout. Matt Gilks and Rory McArdle both made their debuts in the first period, while former Iron midfielder Liam Trotter was named as a trialist.

Burgess then marked his first appearance in an Iron shirt, with a headed goal from a Kevin van Veen corner.

The home side started brightly, and they had a great opportunity six minutes in, but Joel Ambula was denied superbly by Gilks.

Two minutes later, Margetts broke into the Ferriby box only to be bundled over, but despite the linesman flagging for a penalty, the referee opted to award a corner.

Fourteen minutes in, Tom Hopper went close for the Iron from a corner, but his header was cleared to safety on the line.

Hakeeb Adelakun was the next to have an effort on goal, but his effort on the half volley from 30-yards out was straight at the Ferriby number one, Ross Durrant.

Ferriby then went forward themselves and, after Alberto was played in on the left, he hit it first time, but should have done better.

An entertaining first half threw up another opportunity after 24 minutes when Jack Dyche laid it into the path of Margetts, but his powerful shot was tipped over by Durrant.

After a frantic opening 25 minutes, the game died down a little for ten minutes, until Hopper was fouled on the edge of the area, leaving Townsend with the chance to score from the set-piece. He did just that, planting the ball in the top right corner to give the away side the lead with half-time drawing close.

United doubled their lead five minutes before the break, when a great pass from Adelakun sent Levi Sutton down the right wing, before the full-back played it across the box for Margetts to slot home via the post.

The start of the second half saw Wootton as the man with the first major chance, but his smart header narrowly missed the woodwork.

The Iron made it 3-0 after 54 minutes when Paddy Madden was sent down the left wing, before the Irishman played in a superb ball across the box for Wootton to hammer home.

It was 4-0 soon after, this time van Veen picked the ball up, before seeing his shot deflected into the path of Madden – the forward then laid it on to Burdett, who scored via the left-hand post. It was a second assist for Madden in the space of three minutes.

Wootton made it 5-0, adding his second when Madden played him through on goal. The ex-Iron youth product still had plenty to do, but he rounded the goalkeeper and slotted into the empty net.

Madden was denied a goal of his own three minutes from the end, when the Ferriby trialist goalkeeper diverted the striker’s effort wide.

However, the resulting corner led to the sixth, when Burgess headed home from a van Veen corner.

That goal would be the final action of the game, as the Iron romped to a 6-0 victory.

It will be pay on the gate for our away pre-season friendly at North Ferriby United on Saturday, July 8th. 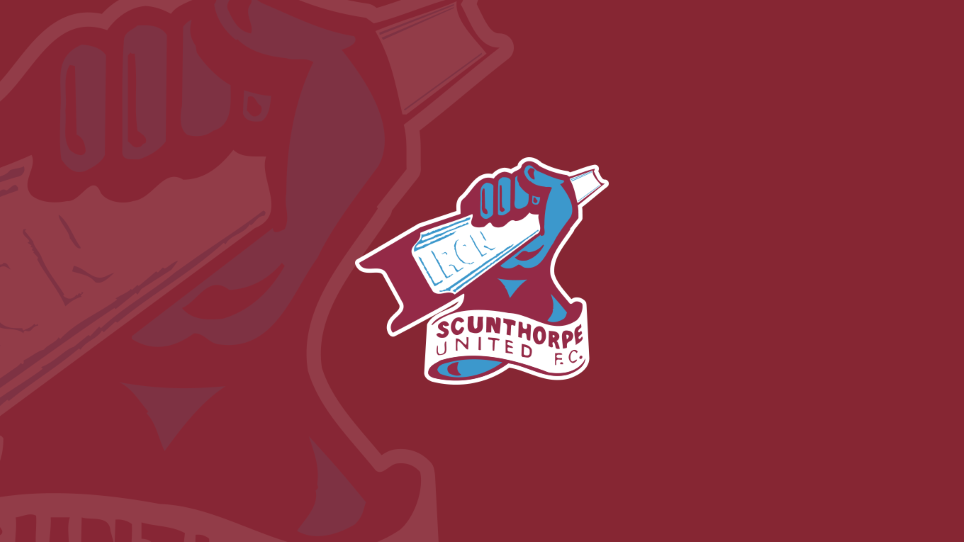 
It will be pay on the gate for our away pre-season friendly at North Ferriby United on Saturday, July 8th.