After no fixture last weekend, the Iron return to league action when they make the journey to Fratton Park to face Portsmouth on Saturday afternoon (kick-off 3pm).

On New Year’s Day, United recorded a 1-0 victory over Bury at Glanford Park, with Charlie Goode’s late strike collecting all three points. It extended their league form to just one defeat in 13 games.

Since that win, manager Graham Alexander has added three new additions to the side, with midfielders Cameron McGeehan and Ryan Yates joining striker Ivan Toney on loan, who returns for a second spell at the club.

Portsmouth have also been in good league form, which has seen them rise to sixth position, winning seven games from their last ten games. However, they were beaten 2-1 by Bristol Rovers in their last league outing.

TEAM NEWS…
Captain Rory McArdle has trained all week and will be in contention to play after recovering from a groin injury.

Andrew Crofts has also returned to training following an ankle injury, but the game may come too soon for the midfielder.

Luke Williams continues to train and is now in his third full week following a hamstring lay-off, but is still unlikely to be involved as he tries to get back to full fitness.

Long-term absentees Jordan Clarke (hamstring) and Jonathon Margetts (knee) are still a while a way from returning, despite making good progress, while Sam Mantom (groin) is just a couple of weeks away.

ONE TO WATCH…
Brett Pitman, 29, is Portsmouth’s leading goalscorer this season, with 13 goals in 21 league appearances.

The striker arrived on the south coast in the summer after joining from Championship side Ipswich Town.

He has also played for AFC Bournemouth in three separate spells and Bristol City.

The Iron came from behind to gain a point away at Portsmouth, thanks to Kevin van Veen’s sixth goal of the season.

The Dutchman has now scored five in his last eight games and his strike just after half-time at Fratton Park levelled the scores to make it 1-1.

Graham Alexander made four changes to the team that beat Bury 1-0 and named the Iron’s new signings Ivan Toney and Cameron McGeehan on the bench. Rory Watson, Tom Hopper, Neal Bishop and Hakeeb Adelakun came into the starting eleven.

Within two minutes, the Iron almost found their way in front. Tom Hopper received the ball inside the box, shifted it past the Pompey defender and tried to get his shot away. However, the Portsmouth ‘keeper Luke McGee dived down and got enough of a connection on the ball to stop it finding the net.

Kevin van Veen did well to earn a corner inside the 14th minute after touching the ball past three Portsmouth players. Adelakun crossed the ball into the six-yard-box but the Iron were beaten to it by a Portsmouth header.

Despite the Iron having the better of the chances in the opening quarter of an hour, it was Portsmouth who went in front thanks to a goal from Jamal Lowe. The winger picked up the ball on the right side of the box and managed to sneak his shot into the goal off the left post.

Soon after, Kal Naismith fancied his chances as he found a bit of space around 20 yards from goal. The winger hit the ball and tried to curl it into the goal but instead sent it over the crossbar.

Rory Watson showed some great reactions to stop Pompey’s top scorer from getting his 14th league goal of the season. Brett Pitman turned inside the box and volleyed the ball towards the goal but Watson reacted quickly to catch the ball from close range. The Pompey skipper was at it again minutes later as he struck the ball from outside the area. However, he dragged it wide of the right post.

Funso Ojo spearheaded an Iron attack after the half-hour mark as his long-range effort went just wide of the Pompey goal. With four minutes left in the first-half, Murray Wallace nearly scored a potential goal of the season as he hit the ball from outside the box on the left-wing. His shot came as a surprise to the ‘keeper as it forced him to jump up quickly and tip it over the crossbar.

The Iron came out of the gate hot in the second-half as Hakeeb Adelakun produced a magnificent long-range pass into the path of Tom Hopper on the left flank. The striker passed it across to van Veen who took it on and shot. However, the Pompey defence were quick to close him down and block his effort.

It wasn’t long before that link-up paid off as Tom Hopper put the ball in almost an identical position to where he put it in the Iron’s previous chance. This time the Dutchman shifted the ball past the defender using his left-foot and hit the ball at the goal with some power for the equaliser.

Minutes later, the Iron forced an impressive save out of Luke McGee as Hopper played the ball into the feet of Morris. The winger shot straight away inside the six-yard box and it took an instinctive save to keep it out.

Soon after, with an hour gone, Charlie Goode was called into action and slid in brilliantly to stop a shot from a dangerous position from Naismith.

Pitman had Pompey’s best chance since they came out for the second-half as he drove towards the edge of the box and shot. However, it curled well wide of the right post following a deflection. Oliver Hawkins was denied in the following corner as his shot was claimed by Rory Watson.

There was a late chance for Portsmouth in the 89th minute as Matty Kennedy crossed the ball in for Pitman. The Pompey captain hit the ball first-time but could only send it clear of the crossbar.

The Iron continued to apply pressure during added time but the game finished 1-1.

Tickets have gone on sale for the Iron’s League One trip to face Portsmouth on Saturday, January 13.

United have received an initial allocation of tickets located in the Milton End for the away clash at Fratton Park.

Please note, Scunthorpe United receive 5% of all ticket sales purchased in advance, but receive nothing if they're bought on the day at Portsmouth.

Fans can pay on the day, CASH-ONLY at a ticket booth in the North Stand car park, but adults and senior prices increase by £2.

Advance prices for the game are as follows:

Tickets remain on sale for the fixture until 2pm on Friday, January 12, 2018.

Wheelchair users can contact Portsmouth's ticket office on 0345 646 1898 to buy tickets but the Wheelchair and Carer spaces are located amongst the home wheelchair section in front of the Fratton End. Wheelchair supporters are advised NOT to travel if tickets are not bought in advance as any unsold tickets will be sold to home fans due to high demand. 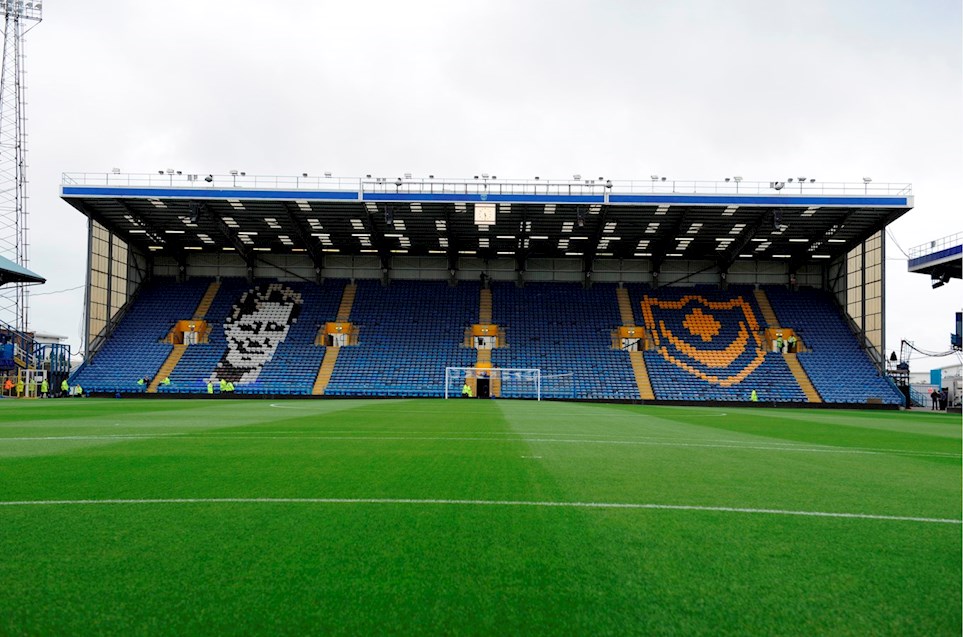 Tickets on sale for trip to Portsmouth


Tickets have gone on sale for the Iron’s League One trip to face Portsmouth on Saturday, January 13.