The Iron host Leicester City Under-21s in the second round of the Checkatrade Trophy on Tuesday night. 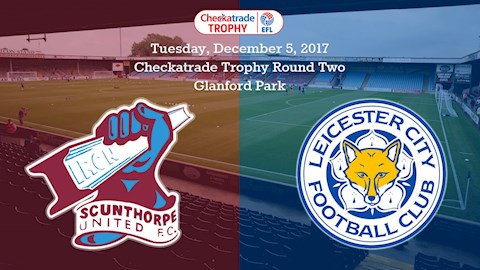 Manager Graham Alexander will be hoping his side can make it to the third round stage by seeing off the Foxes at Glanford Park.

Leicester got through a group including Carlisle United, Fleetwood Town and Morecambe to get to this round.

TEAM NEWS…
Alexander says there will be changes from the side that faced Doncaster Rovers in the second round of the FA Cup on Sunday.

That could mean a chance for players who were on the bench at the Keepmoat Stadium to start and try to impress their way into the starting XI.

The Iron will be without right-back Jordan Clarke (hamstring), who will be out for the next fortnight at least.

Meanwhile, Lee Novak (ankle) will also be out for two weeks after limping off injured at Bradford City.

The Iron were knocked out of the Checkatrade Trophy by Leicester City Under-21s on Tuesday evening, losing 2-1 at Glanford Park.

United managed to grab a goal just before half-time thanks to Kevin van Veen but couldn’t quite equalise despite a late surge of attacks.

Graham Alexander made nine changes to the side that travelled to Doncaster Rovers at the weekend. His team came up against a mix of youth players and seasoned Premier League talent such as Kelechi Iheanacho and Leonardo Ulloa.

Within three minutes, Leicester’s decision to play Ulloa paid off as he set up George Thomas for the first goal of the game. The midfielder made no mistakes as he slotted the ball into the bottom left corner.

Scunthorpe soon got their first chance of the half as, within ten minutes, Kevin van Veen found his way into a one-on-one position against Ben Hamer. The Dutch striker tried to chip the ‘keeper but it went just a little too high to hit the target.

On the break, Leicester won a free-kick on the right-flank. Layton Ndukwu crossed the ball in and after it was cleared off the line Sam Hughes found the back of the net from close range.

The Iron started to calm the game down as it went on, as they kept Leicester’s wave of attacks at bay, forcing the opposition to take shots from outside the box.

Charlie Goode made himself known to the opposition as he introduced Kelechi Iheanacho to Glanford Park with a strong challenge that stopped his cross from coming into the box.

Scunthorpe fought back to try and reduce the deficit before half-time as Clayton Lewis had a free-kick from the right hand side denied by the post.

Ulloa and Iheanacho looked dangerous as they linked up once again seven minutes from half-time.  Ulloa headed the ball across to the former Manchester City striker but Murray Wallace made a fantastic interception to head it away from the Nigerian international.

The Iron were rewarded for the fruits of their labour in the last minute of the half though as Paddy Madden drifted a perfectly placed cross into Kevin van Veen who headed it home.

George Hornshaw did well to step in and block Leicester’s first chance of the second-half as Thomas shot from the edge of the box. The 17-year-old looked confident on his debut for the Iron.

The second-half provided a more level playing field as the Iron applied the pressure to Leicester and kept their experienced forward line out of the box.

United were incredibly unlucky not to find the net as a high cross into the back post almost went in via a deflection from Conor Townsend. It looked to be going in but hit the post and bounced back into play.

Shortly afterwards, Clayton Lewis tried an effort from 25 yards out. He hit it well but the ‘keeper dived down to parry it out.

Lewis was at it again, as he almost converted a Conor Townsend cross with a minute on the clock. The New Zealand international hit it first time from the six-yard-box and was denied by an impressive save from Hamer.

However, despite this late surge of attacks the Iron couldn’t quite get the equaliser in time.

The Iron will face Leicester City Under-21s in the Checkatrade Trophy second round on Tuesday, December 5th (7.45pm kick-off).

United face the Foxes after winning Group H; defeating Sunderland Under-21s and Grimsby Town, and then drawing with Doncaster Rovers along the way.

12th Man member's seats will be reserved for the game.

Our opening times are as follows:
Tuesday, December 5 – 8.30am until 7.45pm (and also open for a short period of time after the Leicester City Under-21s game) 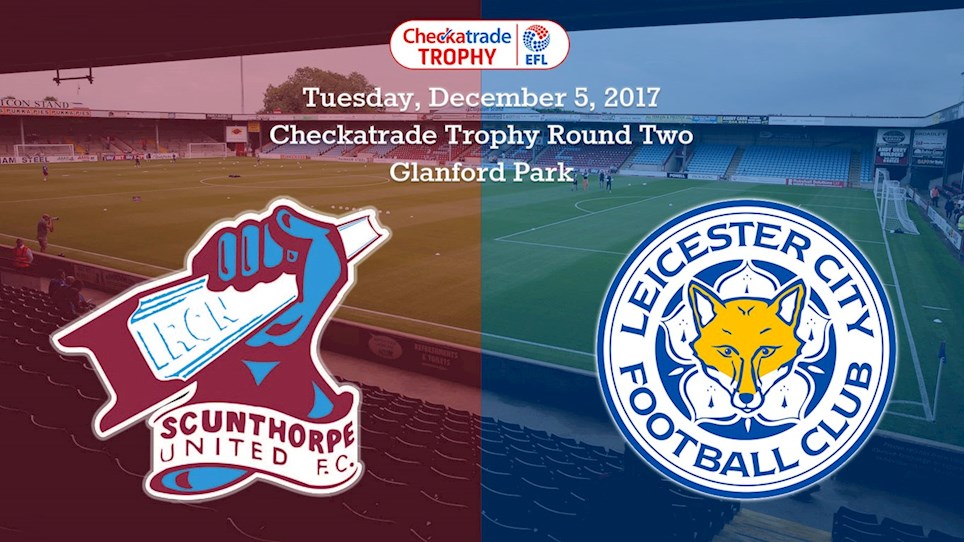 
The Iron will face Leicester City Under-21s in the Checkatrade Trophy second round on Tuesday, December 5th (7.45pm kick-off).


The Iron will face Leicester City Under-21s in the Checkatrade Trophy second round on Tuesday, December 5th (7.45pm kick-off).