The Iron return to League One action with an away clash at Blackburn Rovers on Saturday.

The most recent of those wins came on Boxing Day and helped consolidate Scunthorpe in fourth position in League One. A victory at Ewood Park could see Graham Alexander's side climb up to second in the table.

Rovers made it three League One wins in a row on December 26th, by defeating Rochdale 2-0 at home.

TEAM NEWS...
Alexander reported no fresh injury worries when speaking to the press on Thursday.

Luke Williams was set to return to training on Thursday following a long-term hamstring injury but will be a few weeks away from a playing comeback yet such is the time he's been out injured.

Andrew Crofts will be out until mid-January with an ankle injury, while Sam Mantom has had a setback in his return from a groin injury and will be a few more weeks away yet - with Alexander hoping for the end of January depending on how the player's rehabilitation goes.

Rory McArdle (groin) is closest to a return out of the injured players, but will be a week or so a

Lee Novak was reintroduced back into the squad following injury during the win at Blackpool.

PAST RECORD...
United lost 1-0 to Rovers at Glanford Park earlier this season, despite dominating the match.

Our full record against Blackburn is as follows:

United battled back from behind twice to draw 2-2 at fellow League One high-fliers Blackburn Rovers in an enthralling encounter at Ewood Park. 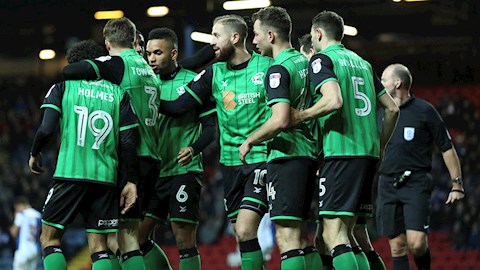 Danny Graham netted early in both halves for the hosts, but his goals were soon cancelled out by strikes from Kevin van Veen and Conor Townsend.

The Iron made one change from the 3-2 win at Blackpool entering the match, with Funso Ojo coming in for Levi Sutton.

The first chance arrived the Iron’s way on four minutes, Hakeeb Adelakun's free-kick was cleared to Duane Holmes at the back post. He stung the fingers of David Raya with a low powerful effort, before the defence turned behind.

However, three minutes later, Rovers went ahead as Ryan Nyambe played a square ball from the right of the area, with Graham's powerful shot proving too hot for Matt Gilks, who got a touch on the effort.

Scunthorpe soon levelled, with 12 minutes on the clock. Funso Ojo got the ball in midfield and threaded a perfect ball to van Veen, who latched onto the ball and fired into the roof of the net. 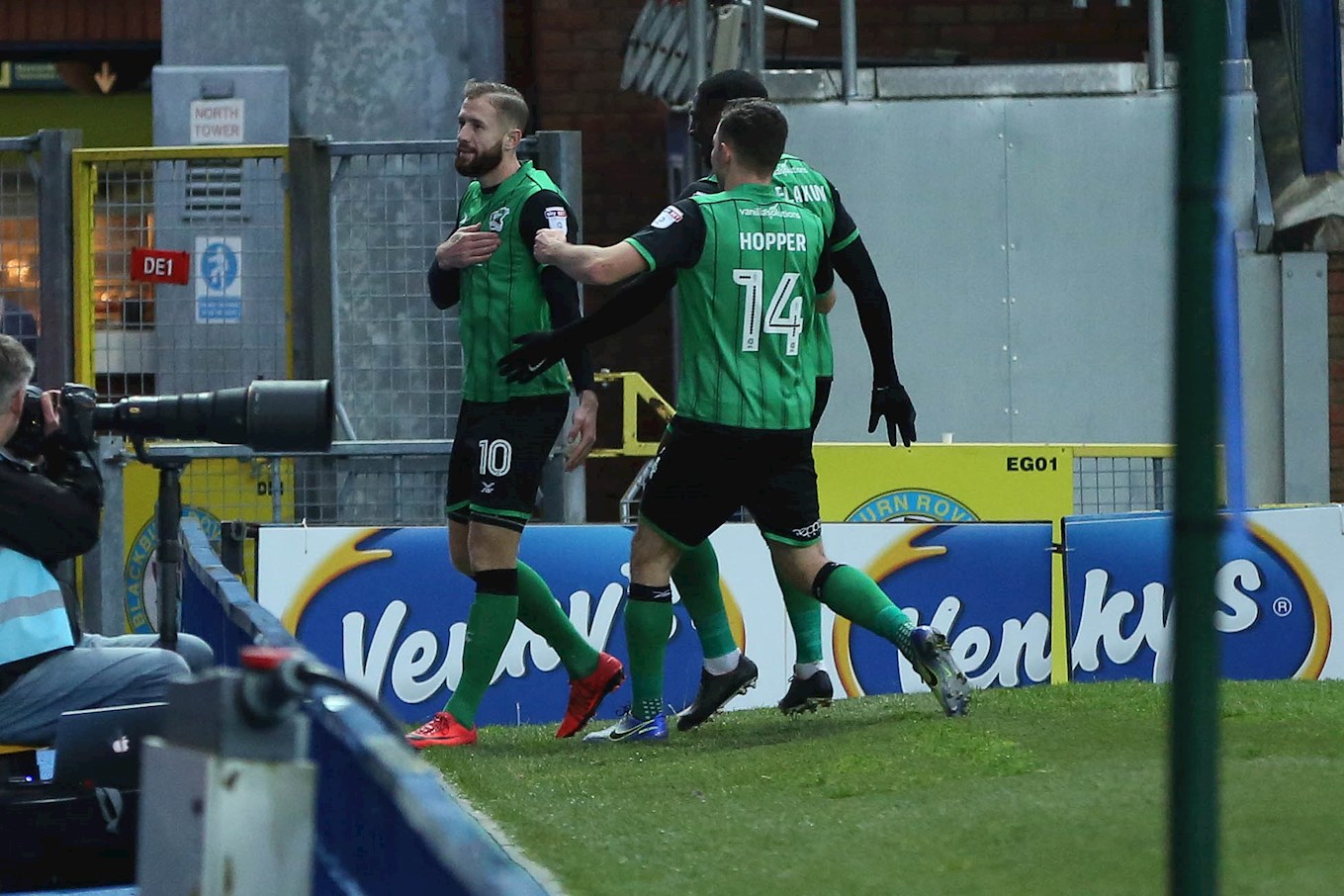 It was a tight first-half with both teams trying to get a foothold in the game through the midfield.

The next chance arrived United’s way in the 25th minute, as Adelakun hit wide from the edge of the area after coolly beating his man twice. Tom Hopper worked well with Holmes in the build-up to the chance.

The 28th minute saw a fine save from Gilks down to his right to deny Elliott Bennett, who got the ball out of his feet and drove an effort towards he corner from 25-yards.

With 42 minutes on the clock, Williams tried with another header but Gilks had it covered as it went over the crossbar. It proved the last notable chance of the opening period.

Blackburn took the lead again two minutes into the second period, as the ball was headed into Graham’s path and he swept low into the bottom corner from close range.

In the 53rd minute, Marcus Antonsson's strike from the edge of the area took a wicked deflection, and bounced just wide of the post as the home team threatened to extend their advantage.

A minute later, Gilks made a fine save to deny Dack, as he latched onto a throughball and powered goalwards from ten yards.

Scunthorpe were level again on 57 minutes though, as Adelakun, van Veen and Holmes combined to send in a cross to the back post before Townsend seized on poor home clearing to fire beyond Raya from 10 yards. 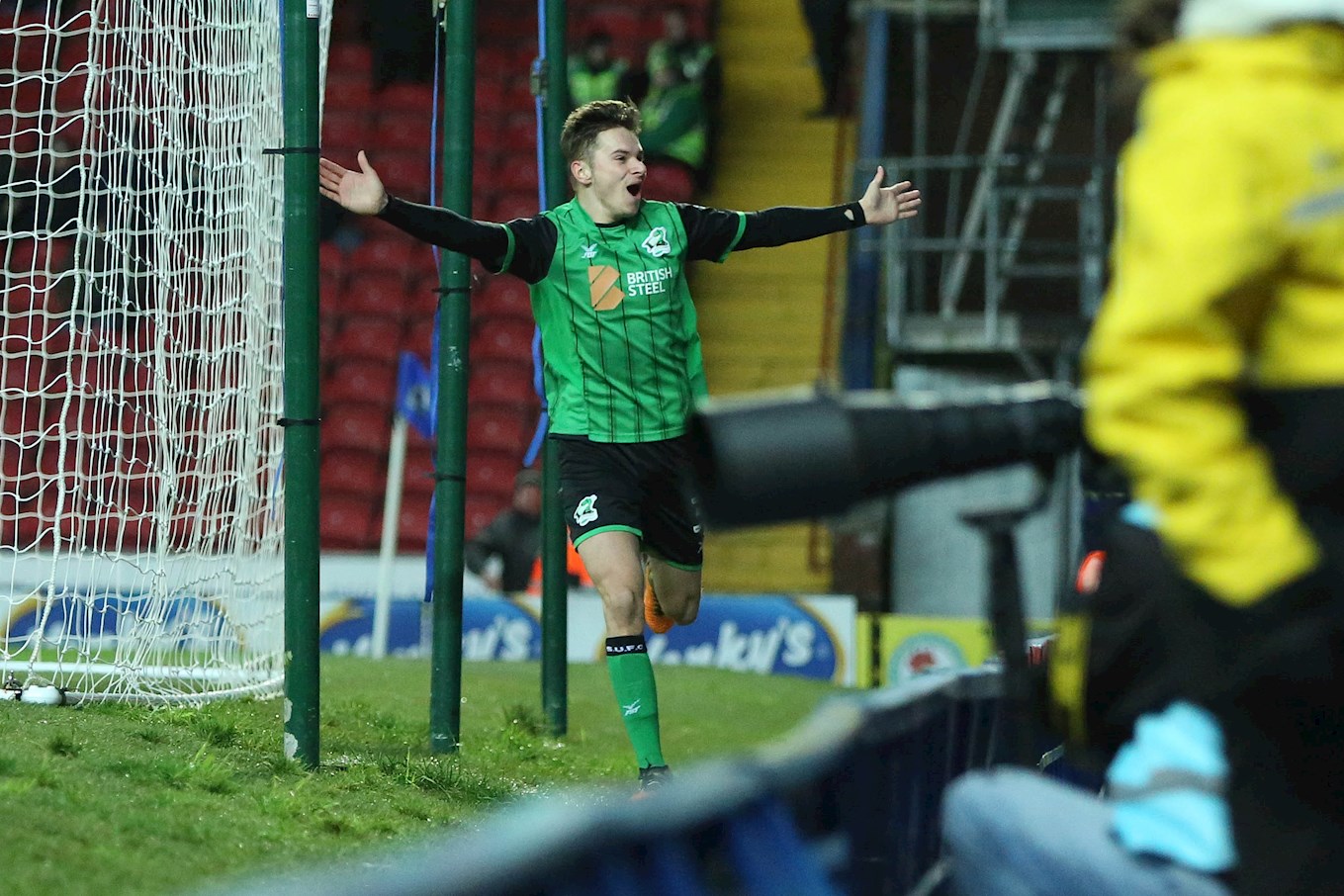 On 67 minutes, there was a tremendous driving run from Ojo after he won a tackle and played a one-two with Holmes. His shot ricocheted to Hopper, who was tackled at the last moment.

There was another Scunthorpe chance a minute later, with more neat build-up and Ojo involved again. He found Josh Morris, who cut back onto his right foot. His effort took a deflection and sat up nicely for Raya to gather though.

Moments later, at the other end, Antonsson got into some space on the edge of the area but cued his effort wide of the target. He had another effort from the left straight after, with Gilks getting down well to save.

In the 70th minute, following a United corner, Holmes found space on the edge of the area to have a go, with Raya producing a fine save to his right to push the ball around the post.

Bradley Dack hit the post for the hosts on 80 minutes after turning onto his right foot. The ball rebounded into play, spun off Gilks' back and was cleared by the Iron.

There were to be four minutes of stoppage time and Dack had another opportunity in the second of those, probing on the edge of the area before dragging a left-footed effort wide.

The same player had a late chance with a free-kick from the edge of the area, but Gilks held well and United left Lancashire with a point.

Scunthorpe return to action on New Year’s Day (Monday) when they host Bury at Glanford Park.

Fans are able to pay on the day at Blackburn Rovers on Saturday, December 30th.

A ticket booth will be open from 1pm on matchday, situated next to the stand where the away fans will be located.

Tickets are now OFF SALE from the Glanford Park ticket office.

*All Under-12 tickets must be sold with an accompanying adult.