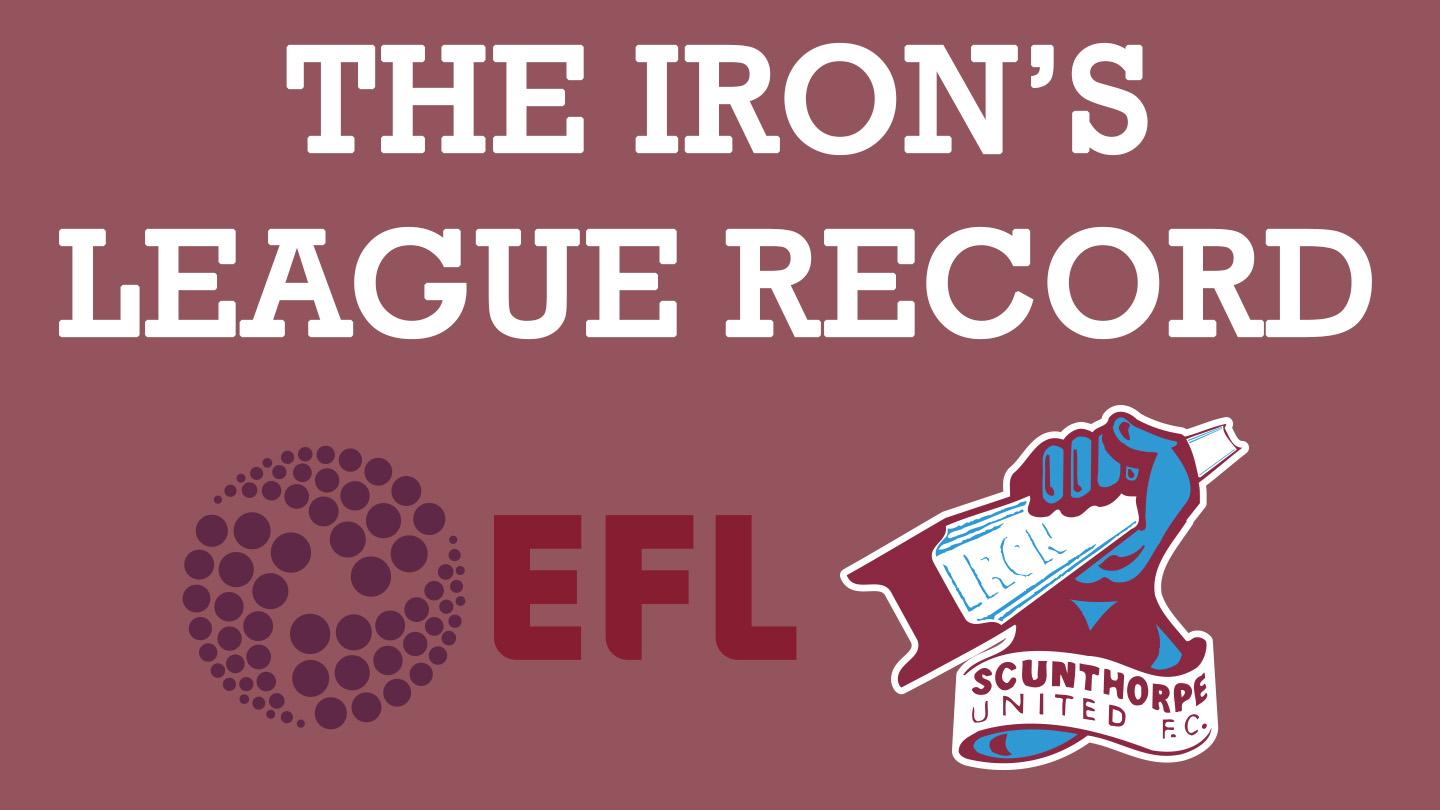 Since the Iron were admitted into the league in 1950, they've not been out of the second, third or fourth flight of English football. In the club's league history, United have finished a campaign as high as fourth in Division Two, while surviving a 24th finish in Division Four on one occasion and successfully applying for re-election.

In all the years that United have been in the Football League, only one fixture has not been completed. The game was meant to take place in 1973-74, with Exeter City the visitors to the Old Show Ground. However, the Grecians were unable to fulfil the fixture and Scunthorpe were automatically awarded the two points.